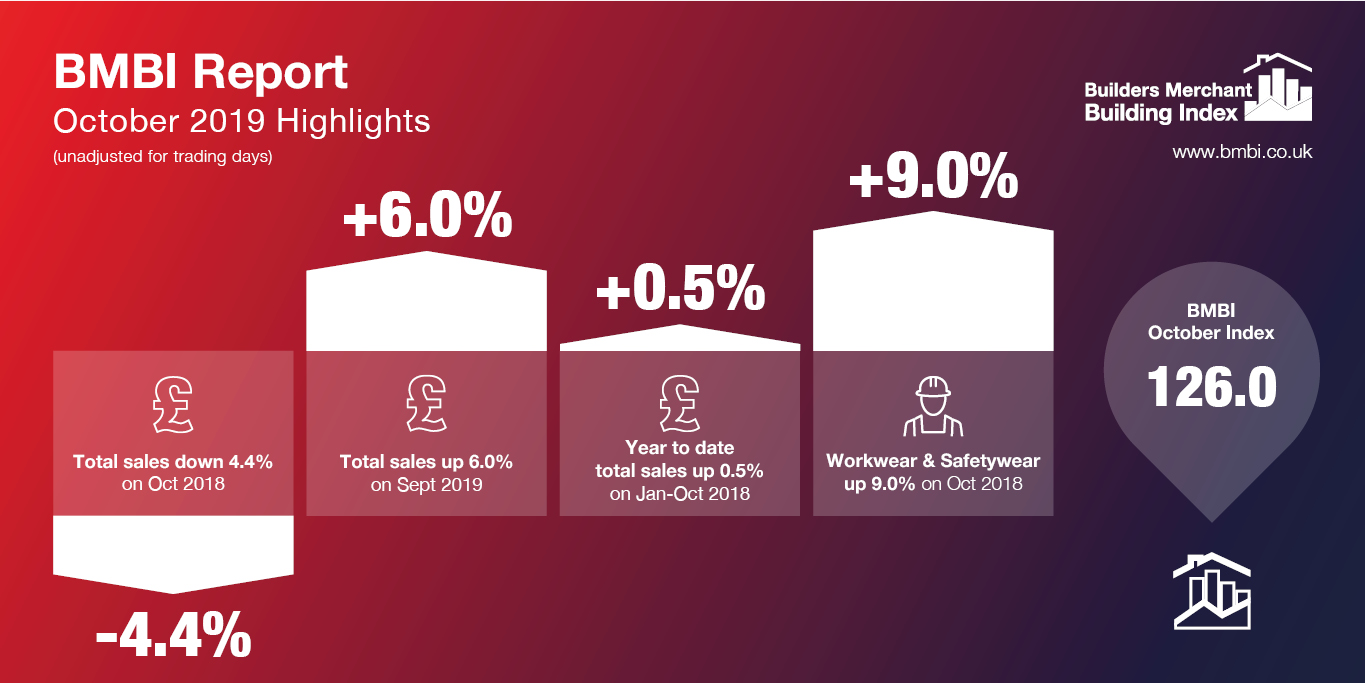 After a strong start to the year, the uncertain economic climate has continued to impact negatively on merchants’ sales into October 2019. Total Builders Merchants’ sales in October were down 4.4% compared with the same period in 2018, on an equal number of trading days.

The picture was more positive month-on-month, as total October 2019 sales were up by 6.0% compared with September. Most product categories saw relatively strong growth month-on-month, at least on an unadjusted basis, including Timber & Joinery, for which sales increased by 6.8%, and Heavy Building Materials (+5.7%). However, when adjusted for the two-day trading difference, Total Builders’ Merchants’ sales were down by 3.2%.

Sales in the rolling 12 months November 2018 to October 2019 were up 0.5% on the same period last year. Year-to-date sales (January to October) also remained positive but were only 0.5% ahead of last year in October, down from 5.9% in March.