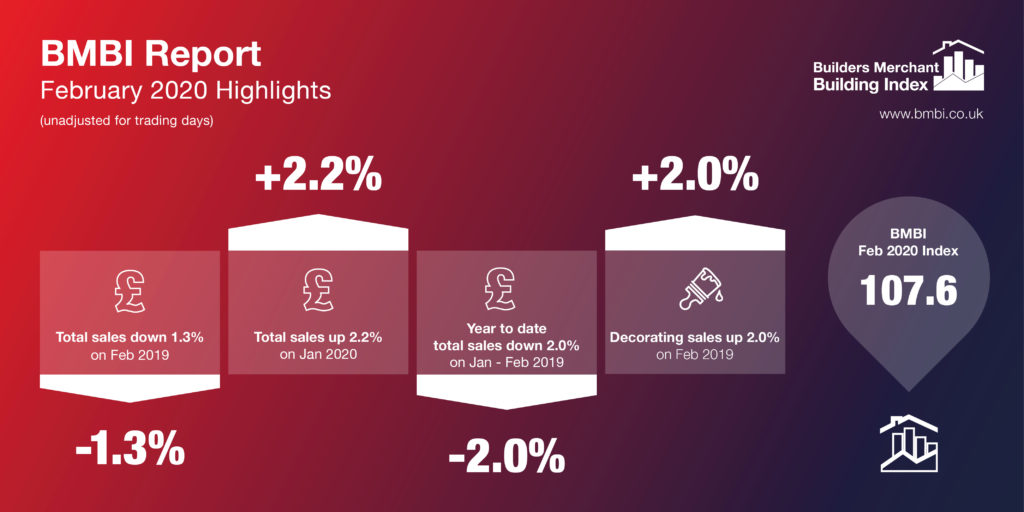 Having endured three and a half years of Brexit turmoil, the country now faces a far bigger challenge and greater uncertainty. February pre-dated social distancing (which started on 19 March) and the lockdown (which took effect on 24 March), hence merchants’ February trading will not have been much affected by the emerging Coronavirus pandemic..

Compared with January, sales in February were 2.2% higher despite having two less trading days. Eight categories sold more, led by Landscaping (+16.5%) – despite it being the wettest February on record. Kitchens & Bathrooms (+7.8%) and Workwear & Safetywear (+6.8%) also did well. Four categories sold less, including Timber & Joinery Products (-2.2%) and Plumbing Heating & Electrical (-1.5%). Average sales a day (which takes trading day differences into account) were 12.4% higher than in January and all categories increased.

The latest Feb 2020 full report is available to download at www.bmbi.co.uk.