We can wave goodbye to the world that was, because we won’t be seeing it again. It’s just not clear yet what permanent restrictions will be on the way we live and work. 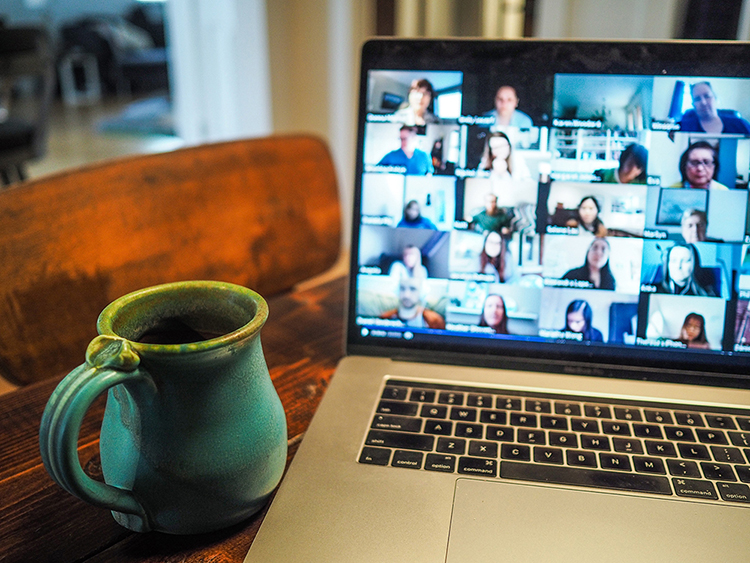 It usually takes three years to change a market if you’re marketing full blast, but three weeks for an individual to acquire a new habit. And in the last ten weeks we’ve adapted to new ways of living and working, and new – possibly permanent – restrictions and opportunities. We’re getting used to things that would have been bizarre four months ago.

If we’d been told that Zoom, a little-known online video conferencing tool, would be worth more than the world’s biggest seven airlines combined, and more people would be using it every day, we’d have said they were nuts. But at the end of April, 300 million people were using Zoom every day, and its market capitalisation had increased 78 times to $48.78 billion. Most airlines were grounded. Some are flying again but, with strict social distancing and restrictions like a 14-day quarantine, can they turn a profit?

The UK is inching out of lockdown, taking sensible precautions to avoid a second and potentially worse wave of infection, and waiting for a cure-all vaccine. Is a vaccine imminent? It could be two years away, or longer. We don’t even know if we can build immunity, or if we’ll have to live with the threat of recurring infections.

We’re told to expect repeated infections, and we can’t avoid them because they’re part-and-parcel of the global supply chains we rely on.

Will our business models still work?

If there isn’t an effective vaccine, can our business models work with social distancing and the sensible precautions we need to take?

Most businesses will be affected, but the answer for railways must be no. If they maintain strict social distancing, rail or underground trains would have to run at 10-20% of capacity, we’re told. London Underground and some train lines were struggling before Covid-19. New ways of working must push their viability over the horizon. Even if they adopted the one-metre distancing recommended by WHO, capacity would have to be slashed.

The argument for nationalising large chunks of the rail network seem overwhelming, but would taxpayers want to foot the bill? The economics of HS2 were always dodgy, but social distancing would push them over a cliff. Whoever owns the railways, the costs will be horrendous.

However much they’re subsidised, travellers won’t use them if they can’t get to work reliably, on time, at an affordable cost. If the two-metre rule is applied we’d need five or six times the number of trains, apparently. And with a one-metre rule, two to three times the number of trains. Even if extra money were found, there isn’t the capacity to run them. It’s bonkers!

What then? London and other cities depend on armies of office workers commuting in from long distances to keep them working.

Buses? Outside the cities the bus service is barely fit for purpose. In many semi-rural and rural areas, it’s like a jigsaw with half the pieces missing.

Cars? Interestingly, polls say those most against cars before Covid – the millennial generation – are now most against public transport and for less risky personal transport. But above a certain density, cars and cities don’t mix. Commuters use words like nightmare to describe the congestion, long drive times, stress, and pollution they endure every day. If displaced rail passengers took to cars, there’d be gridlock on all routes into Britain’s cities

Cycle? Cycling is a great solution for commuting to work within cities but isn’t practical for travelling into them.

So, maybe 40% or more of London’s and major cities’ commuters would not be able to commute to work. What then?

The only practical solution would be a mix of office-based and home-based staff working remotely. Some companies are already switching. Twitter announced on the 13 May that it will allow its employees to work from home indefinitely if they choose to. It will not reopen its offices before September and employees can choose whether or not to come back.

Three months ago, this would have been wildly improbable, but having been thrown in at the deep end, most companies and people have adapted surprisingly quickly. They’ve coped with overloaded broadband and unreliable technology, and the challenges of integrating, motivating, and managing dispersed teams. They’ve got used to engaging with colleagues and customers in their bedrooms, kitchens, and garden sheds.

The nation has got to grips with working from home. We’ve watched broadcasters, reporters, politicians, Government ministers, and businesspeople being interviewed on TV. We’ve heard them struggle like us with poor connections and dropped lines, seen their half-dressed partners wandering by, and protesting toddlers and dogs competing for attention being dragged away from the camera.

Having got used to working from home, many people like it. They will be reluctant to return to the daily commute and the tough restrictions of safe working and social distancing at and on the way to work. For tough, read unpleasant and uncongenial restrictions.

As a short-term expedient, social distancing has been at the core of the response to control the spread of infection. And most businesses, here and now, are applying the rules to keep their staff, customers, and suppliers safe and their businesses going. But the effects of social distancing on the economy, and thus our ability to support and pay for our institutions and way of life, look catastrophic.

The long-term implications of strict social distancing haven’t been thought through for society or the economy.

Past chancellors of the exchequer, bankers and economists are warning of a massive wave of business failures, debt defaults and unemployment once Government support is withdrawn. It may take a lot longer before we know which business models work and which don’t in this new world.

Wave goodbye to the old. Say hello to this brave new world.

To find out how reliable, insightful research can help your business succeed in this new world, call us today on 01453 521621.